Skip to content
Happy Holidays to all, especially to those who have been through hard times recently. My small contribution will be a day or two of service in New Jersey as we visit our daughter over Thanksgiving, but it will be given with a heart full of love.

Amazon reminded me that the Holidays are a great time for people to buy books for themselves, family and friends. There are few nicer pleasures than relaxing with a good book. a pot of your choice (chocolate, coffee, tea, lemonade, mango surprise), and some yummy French pastries. I want to suggest you consider putting The Amulet on your list. More and more people are reading it and loving it, which pleases me no end. I wouldn’t want anyone to miss out on an experience they might enjoy a lot!

Click on “link” to get to my author page on Amazon with a biography and all the info about the e-version but not the paperback. From there click the “book search” link to another Amazon site and you’ll find the paperback version. I know it’s not efficient but I’m not in charge. You can also just go to Amazon and search for Victoria Paulsen. 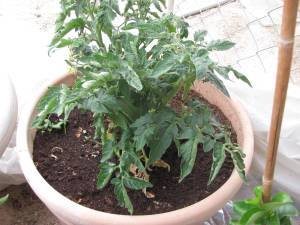 (Title borrowed from The Car Guys on NPR, the Mariacci brothers (spelling, my own, probably)).

Lydia (17) isn’t interested in politics, power, or religion, but when her little brother is kidnapped from Britannia and made a slave, she finds herself embroiled in all three. Searching for him, she encounters love, murder, betrayal and war. It is 196 AD. Two would-be Emperors compete for the Roman world. The actions of Lydia and her brother help determine the winner, but also put Lydia’s own future in doubt.

I hope you like it and tell your friends. There will be some who don’t like it, but they will still be my friends. Maybe they’ll like the sequel better.

If you’ve already been bombarded by this on Facebook or emails, I apologize. There’s almost always a “but” after “apologize.” This “but” is like my potted tomato plants near the back door. They were growing beautifully, full and green, and seemed to have weathered the big frost and the strong winds we’ve had recently. I watered them every morning until today when I was rushing off to a substitute teaching job. I knew they could survive one day without a morning drink. The ones out front planted in the ground could do it. I got home and as soon as I walked in the front door I could hear them gasping, making hoarse peeping cries through the back door. I rushed out, preceeded by Dawg, of course, and those poor things were on the cusp of wilting. Grabbing the hose, I soaked them! They cried, they were so happy. Then I checked the ones in the front yard. The tomatoes looked OK, but the young spinach and kale were lying flat our on the ground, beaten by the sun and heat. Watered them, too, and apologized.

The point is that if I don’t keep watering The Amulet now that it’s out in the cold cruel world of millions and millions of books to read, it will wilt away. What can I do?

By the way, it was super easy to publish on Amazon. I know that many, like me, don’t have e-readers, so I’m working on formatting the paper version. It will cost quite a bit more than $2.99, but each order is custom printed! You order, they print and send. What a great concept! I’m doing that through CreateSpace, an Amazon-connected business. It, too, seems easy but not as easy as the electronic version. Many of us do prefer to have a book in hand, don’t we?